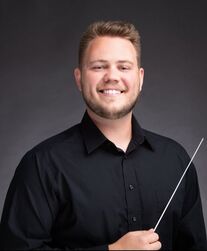 Proudly born and raised in Kingsport, TN, Mr. Aaron Stickley is excited to continue teaching and advocating for music education as well as the marching arts as he enters his 8th year in the band hall. He is currently the Assistant Director of Bands at The Woodlands High School. His primary responsibilities at The Woodlands are to co-direct the marching band and direct Symphonic 1 and Symphonic 2. 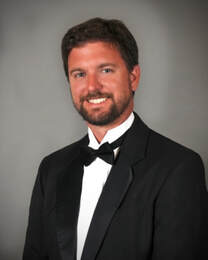 Andy Salmon is a 1998 graduate of the University of Kentucky where he received his bachelor’s degree in music education while studying with James Campbell. Mr. Salmon is in his 24th year as Percussion Director at the Woodlands High School and McCullough Junior High School.

During his tenure at the Woodlands High School, the marching band has been a consistent Bands of America Grand National Finalist and was named the 2013 BOA Grand National Champion. The Woodlands High School Percussion Ensemble was selected as the 2014 Percussive Arts Society “Call for Tapes” high school champion and performed at the 2014 PAS convention in Indianapolis, Indiana. The
Woodlands High School Wind Ensemble has performed at the Midwest Band and Orchestra clinic in 2003 and 2012, where he was featured as a performer on the xylophone and drum set. Mr. Salmon was a member of the Blue Knights Drum and Bugle Corps and the Cavaliers Drum and Bugle Corps.